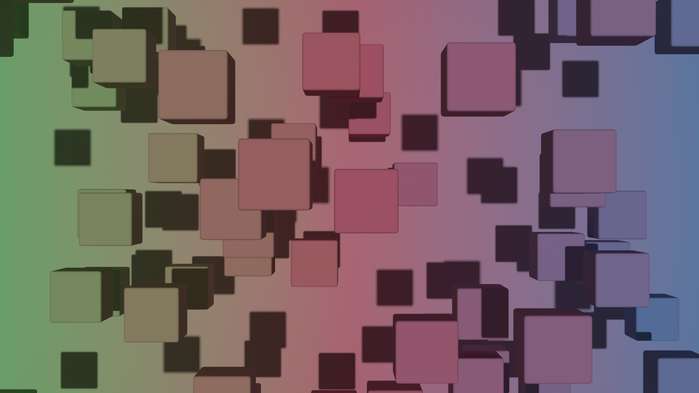 Tired of always seeing the same desktop wallpaper, in March of 2020 I set out to program a way to see a new desktop wallpaper every time I looked. I soon discovered how I could use Blender, a 3D graphics engine, with a scripting API to create 3D renderings using only Python.

Using Blender, I attempted to automate the process of creating visually appealing background images. The idea was to use an automated process to create several similar, yet unique images to use in a slideshow as my desktop wallpaper. By using a slideshow of similar images, I was able to create a desktop wallpaper that changed enough to seem new but didn't change so severely as to be a visual distraction.

I soon settled for a design of cubes floating and casting shadows over a three-colour gradient. 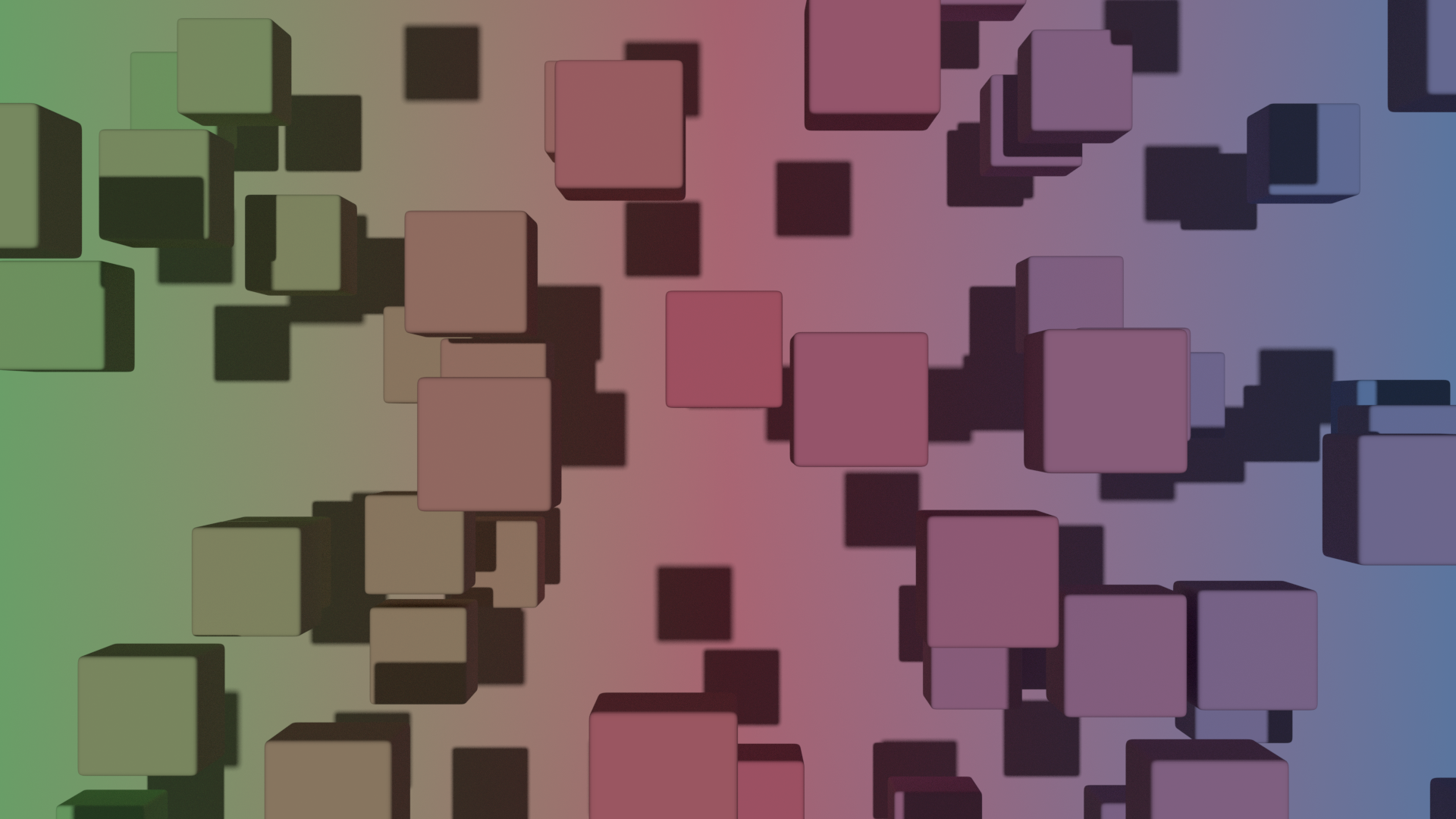 The 3D structure was fairly straightforward. First, I created a plane with a three-colour gradient using linear interpolation (AKA lerp) for my background. I then generated a variable number of cubes in random positions with colours matching their position over the background gradient. The cubes were placed with a minimum distance between them so there would be no 3D-overlap. The scene was then rendered and ready to be used as a desktop wallpaper.

This process was then repeated a number of times, each time with a new set of cube positions. The images could then be displayed as a slideshow. 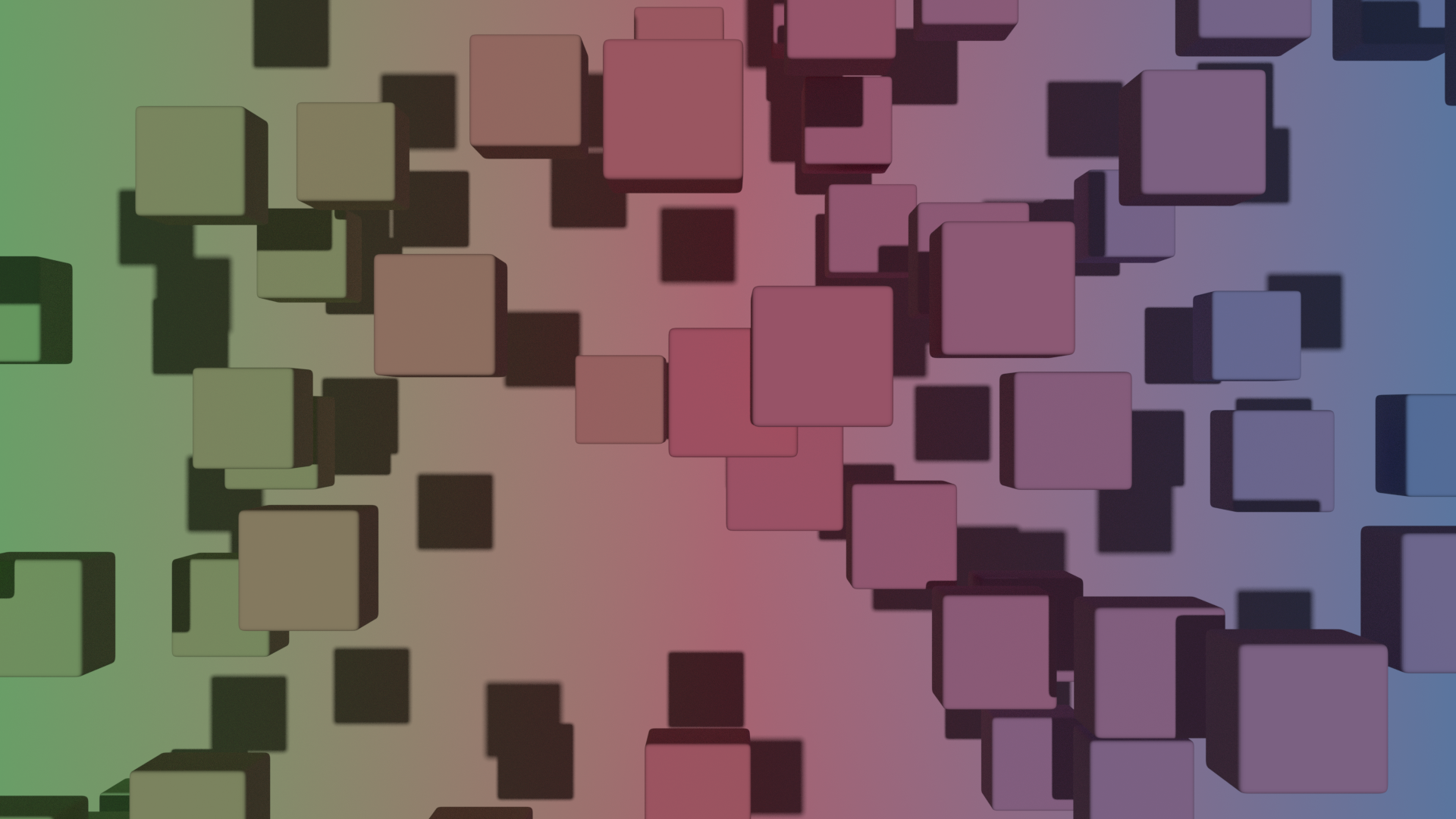 Notice the minimum distance between cubes 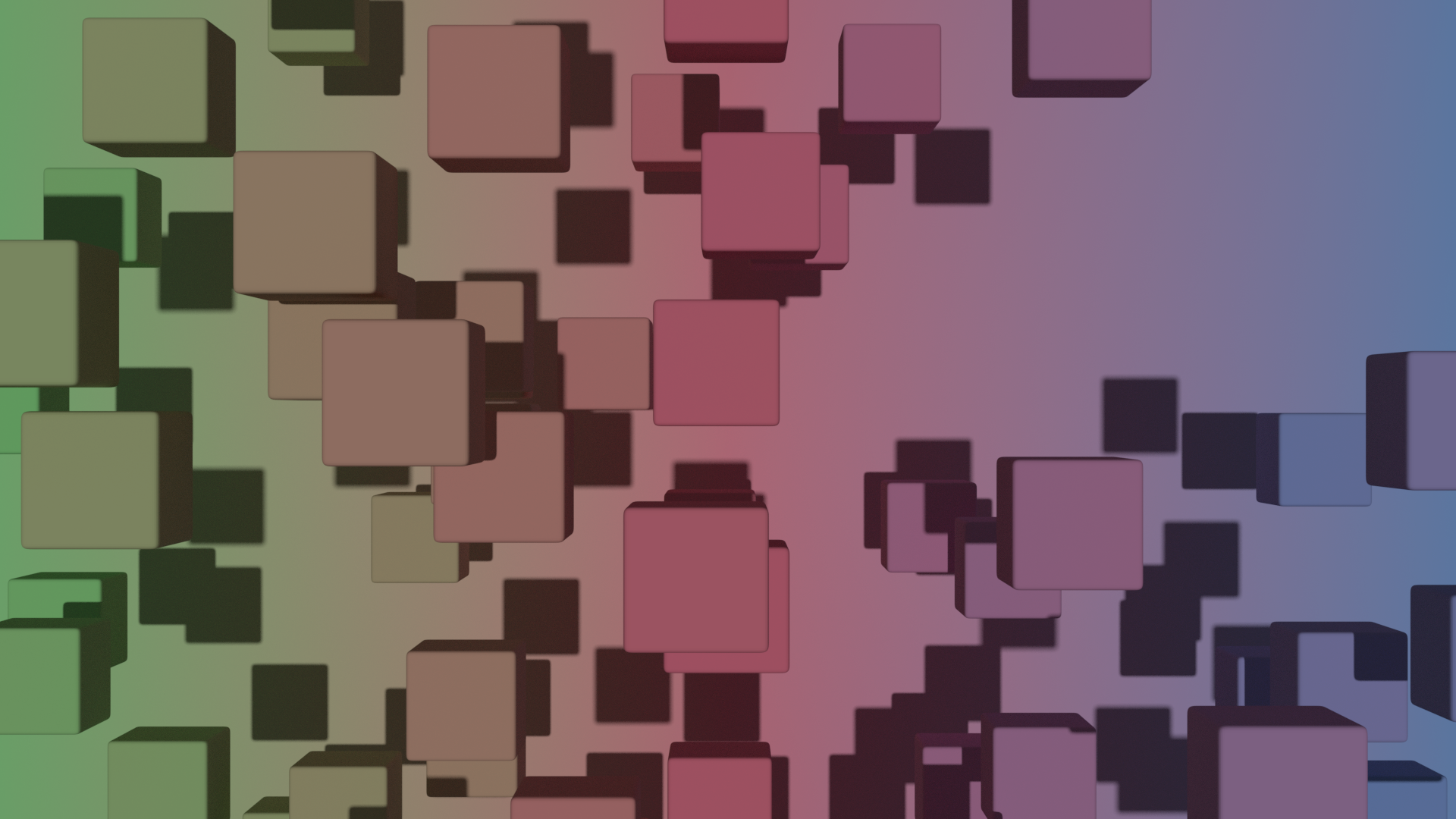 The settings I used: 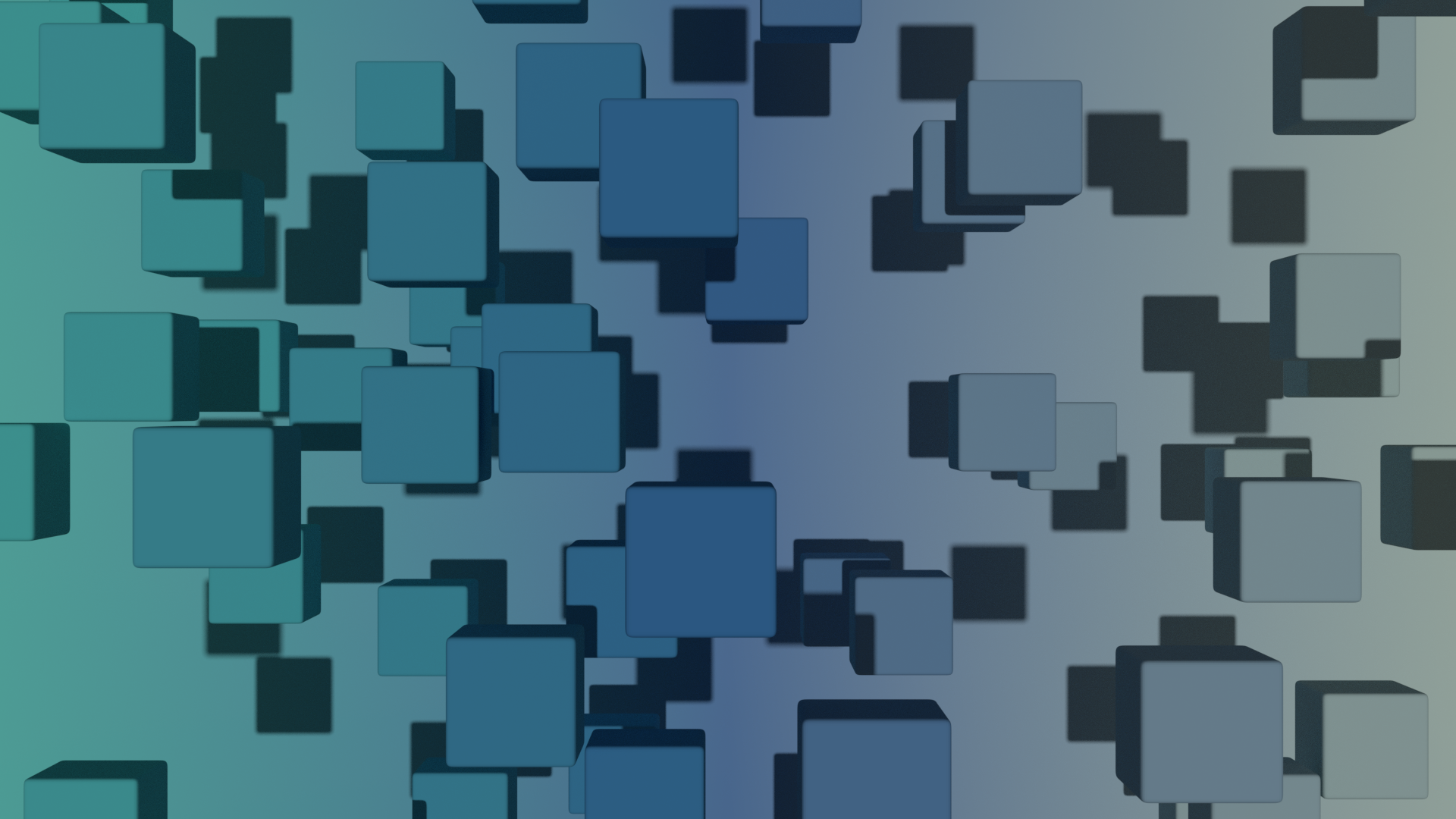 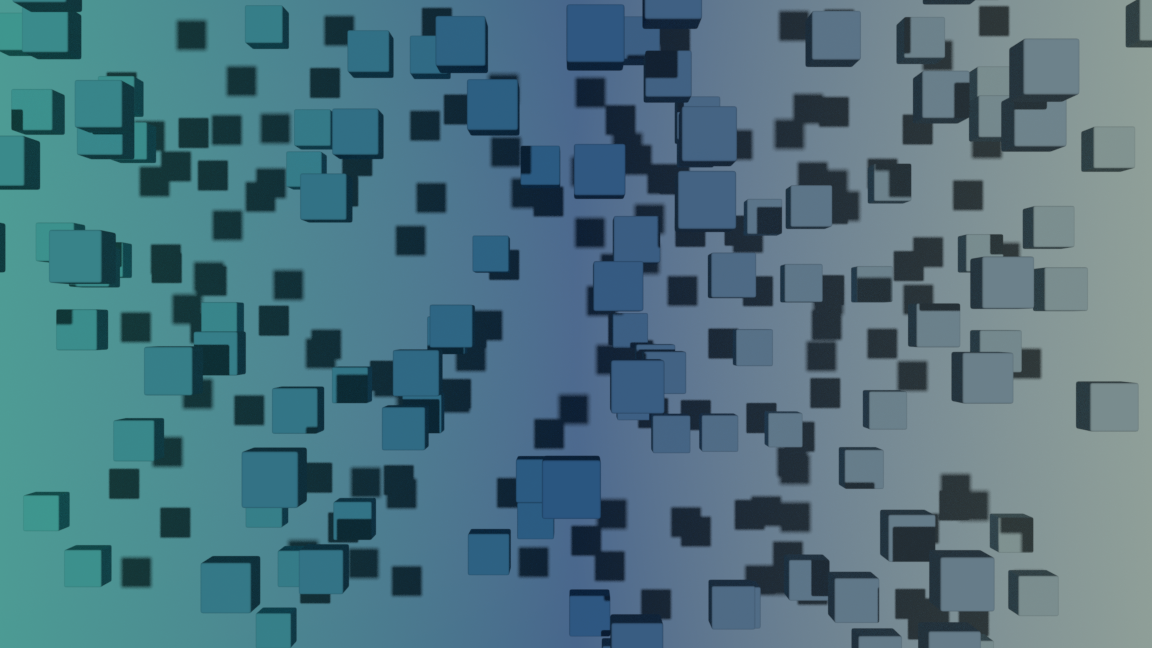 The source code for this project as well as many rendered images can be found on (my Github page) (having problems adding hyperlinks, please see contact page for Github link).